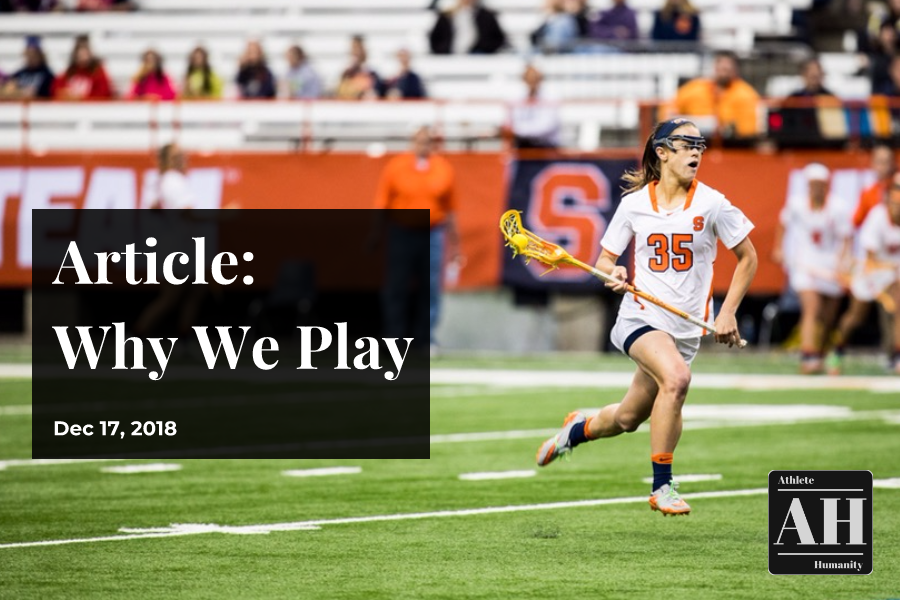 *This story contains descriptions of a sexual assault.

Growing up, I would say I always had a strong sense of who I was. My sense of self was built around the different things I was so proud to be: a daughter, a sister, a friend, a student, and an athlete. I never envisioned a moment in my life where I would be unsure of what I loved about myself, my family and friends, or the world around me. I certainly never thought that the things that gave me the purest joy could become the same things I’d cling to in order to hide from my deepest pain. All of this changed midway through my sophomore year of college.

I had everything I wanted - my family had moved to the East coast and they all seemed to be doing well, I was a Division I student-athlete living out my dream of playing college lacrosse, and I loved everything about my education and surroundings. Like so many athletes who go on to play their sports in college, being an athlete was ingrained in the fabric of who I was. I was always happiest on the field; every time I had a chance to play the sports I loved was a blessing. This happiness carried over into every aspect of my life, those that know me well know that I always strived to keep a smile on my face and see the good in all situations.

My outlook on life (an outlook my incredible parents impressed on me and my sister) involved focusing on the beautiful moments. And when challenges did come our way, they came and went but the lessons learned from our struggles never left. 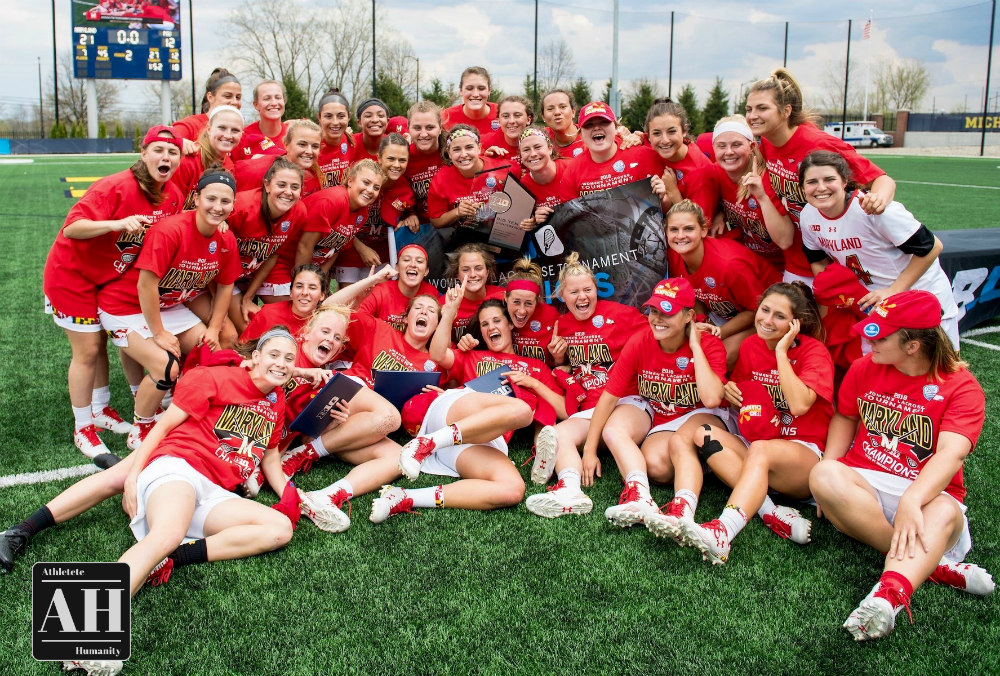 My world completely flipped on its axis on a rainy October night in 2015. What started out as a fun night with my teammates turned into a night that forever changed the course of my life. I was at a party and decided that I was ready to leave and crash at my friend’s house; her house was about 12 houses down the street. No one was looking to leave at the moment so I decided to walk back on my own, something my teammates and I had done countless times. It was around 1 a.m. and the street had an eerie silence to it, but I thought nothing of it at the time. I was about halfway through my walk when I heard the sudden sound of lofty footsteps behind me. Before I could turn around, I felt two large hands forcefully grab my waist. My attacker dragged me into a dark area between a group of houses, threatening to kill me if I made any sounds or efforts to break free. After what felt like an eternity, it ended. In the same amount of time it took him to grab me, he was gone.

On October 25, 2015 I was attacked and raped by a complete stranger.

The months that followed were inexplicable. I was actually in denial regarding the extent of what had happened to me. I learned that the brain could do some crazy things to protect us from our darkest and most painful memories. When I finally came to the realization of it all, everything about my life and who I was changed, everything I was so sure of was ripped to shreds.

I’ll be honest; the years that have followed my attack will probably prove to be some of hardest times I will endure in my life. One thing that was hardest for me to overcome was the belief that everything that had happened was my fault. I blamed myself for walking alone that night. I blamed myself for the pain that my family and closest friends felt after learning what had happened to me. I blamed myself for the sickening pit in my stomach whenever I caught a glimpse of myself in the mirror. I developed severe PTSD and anxiety, and I eventually fell into a very dark stint of depression. I formed a negative outlook on life; the world I had loved and seen so much beauty in transformed into a world full of bad people and terrifying things. I was going through the motions hoping that no one would notice just how much I was hurting. 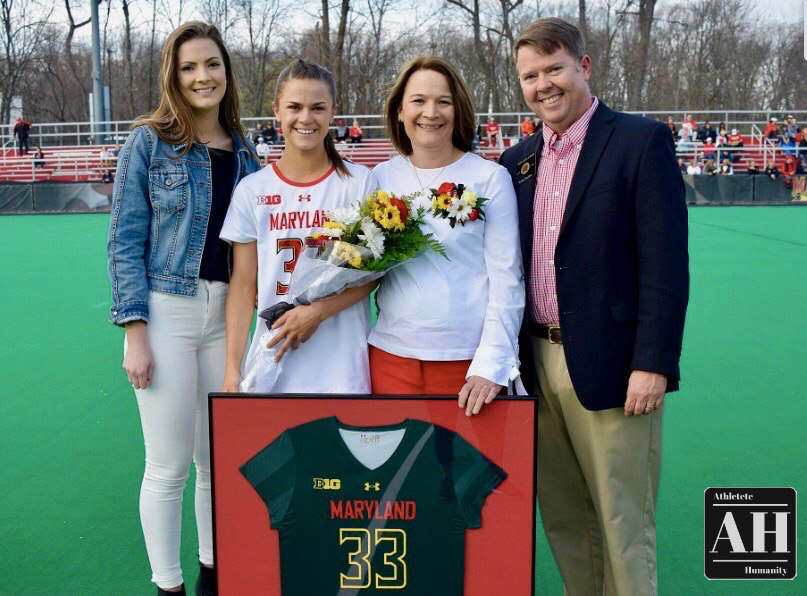 All of my energy went towards convincing everyone that I was okay and that they’d never have to worry about me. I was terrified of letting the people I loved down by letting them see me struggle.

One characteristic that develops a natural instinct in so many athletes has to do with this fear of letting down others. We become so used to consistencies on and off the playing field. I was used to maintaining my athletic performance, my successes in the classroom, and my loyalty to my coaches and teammates. Growing up, this idea of consistency was healthy for me. If we can’t build a level of consistency and trust with those around us, we can’t achieve some of our biggest dreams as athletes.

But after my attack, my appreciation of consistency transformed into more of an obsession. Growing up, I never struggled with mental health issues. Words like depression and anxiety had never crossed my path. So when my mental health and relationships began to fall apart, I was completely lost. I truly believed that the only way I could put the pieces back together was by continuing to excel in lacrosse. The only part of my identity that I felt I could cling to was my athletic identity. I began putting more pressure on myself because I thought that being a reliable player on the field would guarantee that my loved ones knew I was okay. I also thought it would guarantee that I never lost touch with who I was. Soon enough, this way of thinking became contagious. I no longer played for the love of the game; I was hiding behind a curtain of unrealistic expectations.

After months of my silent struggle and indescribable depression, I finally broke down and allowed myself to lean on those around me. I opened up to my family about the pain I had been feeling and I started talking to a therapist in order to tackle my PTSD and extreme anxiety.

After my junior year at Syracuse I made the hardest decision I have ever had to make. After my sophomore year came to an end, I decided to stay at Cuse’ because I thought that leaving would be letting my attacker win. I couldn’t face the thought of leaving because I didn’t want to leave a place that had given me so much and brought some amazing people into my life. But while I had some of my greatest experiences my junior year, I still struggled deeply with PTSD and anxiety. I decided that I needed to leave so that I could find myself again.

I tell my story because I want all athletes who struggle with mental health issues to know that is NEVER wrong to change things in order to improve a situation. I want athletes to know that you’re not alone, and that in your darkest moments you must lean on those closest to you. Remind yourself that you would do the same thing for your family and friends who face struggles of their own. I also want you to know that it is not weak to seek professional help, in fact it is a beacon of strength and it epitomizes the indomitable will of athletes across the world. I dream of a world someday where no athlete should feel terrified to hide their pain. A world in which the stigma shifts so that all athletes can lean on one another to talk about these issues. And in turn, fewer athletes will struggle at all.

I recognize that my story is different from most, but I also recognize that it doesn’t matter what our specific struggles are. We are all in this together.

So we must push forward, with unwavering spirit.

Never losing sight of why we play the game.