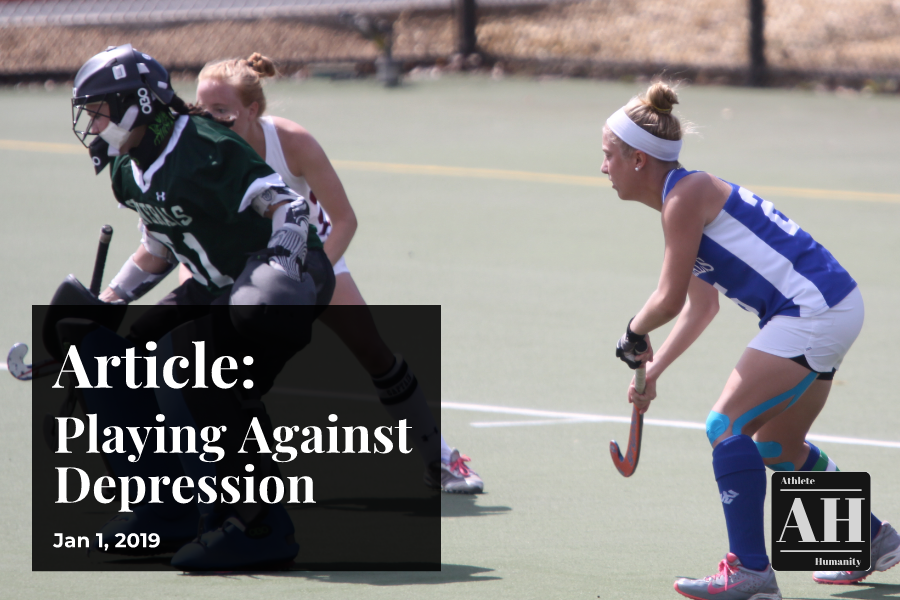 Since I was 11 years old, I struggled with eating disorders and depression. They came and went, so I never sought help. I assumed every girl was dealing with body and eating issues, so it must have been normal that I was too. I was always on a diet, never coming close to eating what I should as a competitive athlete.

Nearly my entire life I wanted to be a college athlete. After graduating from high school in Baltimore, I had 3 months to prepare for my freshman field hockey season at Washington and Lee University

That summer, food had a new purpose. It was no longer the enemy. Food was fuel. I was stronger than I had ever been. I was a freshman ready to earn a playing spot, and I did. I knew a lot of my teammates worked hard and didn’t get the same opportunity that I did, so I didn’t want to take that for granted.

For once, I felt at peace with myself, my body, my mind.

Until a couple months after the season ended. 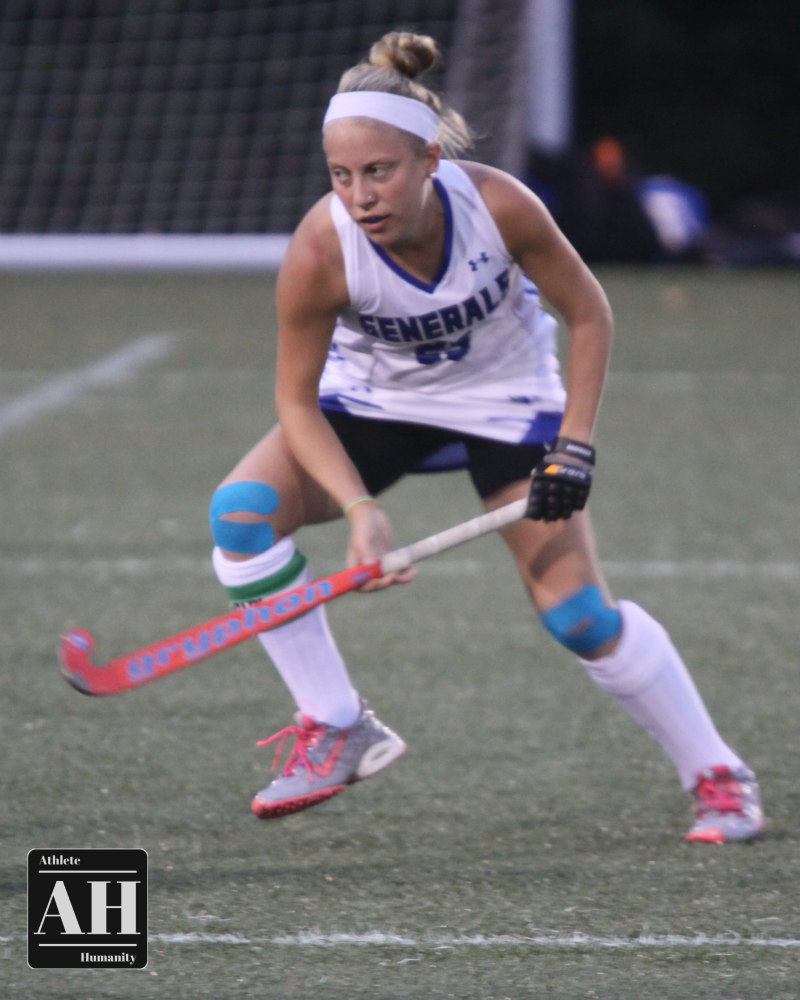 Because we were D3, our spring season didn’t start until the late spring. That left us a couple months that weren’t completely filled with hockey. To most people, this is a time to recover your body from the season, work on the harder academic subjects, and, obviously, start training for the next season. This would also be the time that my depression would creep back into my life. Food became scary. And my mental health would become weaker than it ever was.

I came home after freshman year extremely depressed. Secretly restricting and bingeing. I stopped going to my summer strength and conditioning workouts. I remember my twin brother thinking I had gotten cocky. That because I did well my freshman season I no longer felt the need to train or work hard. This was far from the truth, but I didn’t even have the energy to defend myself. I hardly had the energy to do anything at all.

From that summer until I graduated, my depression worsened. I remember confiding in a coach my sophomore year and being told I was conceited. She completely invalidated my depression and punished me for it. I was told I wasn’t mentally tough. That I couldn’t handle college sports. It was like making a kid with a torn ACL run sprints, alone, every day after practice. I was struggling and no longer trusted anyone. I tried going to school counselors but thought they would react the same way the others did. I thought they would tell me my depression was just an excuse – make believe.

By the time I got to my senior year, I could hardly focus in classes anymore. I’m convinced everyone just thought I was stupid. Try suicidal. Not like I would tell anyone that. I was so grateful for field hockey, though, because it was the one place I relied on my body more than my brain. I could be with my best friends, do the one thing I loved most, and leave everything else off the field. Field hockey was my escape. Until it wasn’t.

My senior year was possibly my worst year. It didn’t make sense, though. With the time I spent training during the off-season and the experience I had playing for 3 other years, why would the fourth year be so horrible? I was making mistakes that a defender at my level would never make. Missing passes directly to my stick. My reactions were delayed. My confidence was completely stolen. Depression had finally taken it all.

I came close to telling some teammates, but I was too scared that they would think I was just coming up with excuses for playing poorly. I was afraid if I told my current coach she would think I wasn’t tough enough to play anymore and bench me like the last one had done. I didn’t want to be a distraction for my team during the playoffs. We were so close. Despite everything going on, we still made it the championship.

And then we lost.

For the second year in a row, we lost in the championship. My hockey career was officially over.

Fast forward six months, and I’m sitting on my therapist’s couch, just after I graduated from Washington and Lee, telling her I couldn’t stop blaming myself for taking away a championship from my teammates. I was so mad I didn’t get help earlier.

She stopped me in my self-destruction. She noted that I did go and get help and was rejected. I already did what most people don’t do: Ask for help. The results from this are the reason why most people don’t get help. Then she asked me, “Would you be sitting here on this couch if your depression had not taken away field hockey from you?”

She was right: I wouldn’t have. I would have waited for it to take away one more thing. That’s what we do. We wait until our depression is so bad that we barely have the strength to recover.

The only thing my depression had left to take was my life. I had to fight. I started committing to therapy every single week.

I put less pressure on myself. I forgave myself for that season. I slowly began to post on my social media about my struggle with eating disorders and depression. For the first time I ever I talked about my mental health in a YouTube video.

After I posted that video, the entire day my phone buzzed with messages of support. Most from past teammates.

I still struggle with depression. Ten years of mental health issues doesn’t disappear after two years of work. I am not ashamed that I struggle with mental illness. Being an athlete made me mentally tough - that doesn’t mean it makes me invisible to eating disorders or depression.

I may not have won the championship, but in my battle with depression, I will win. 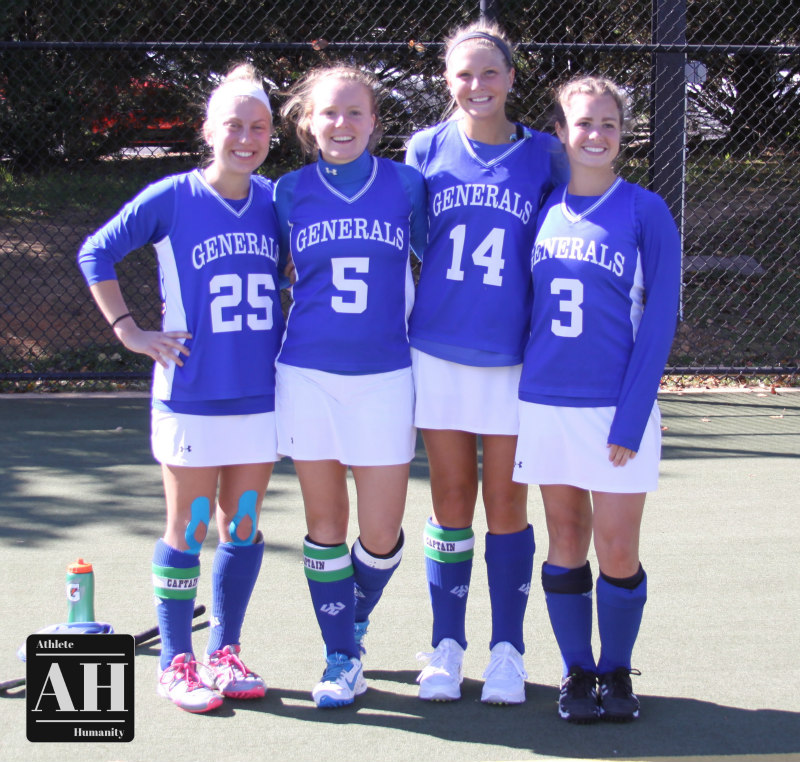